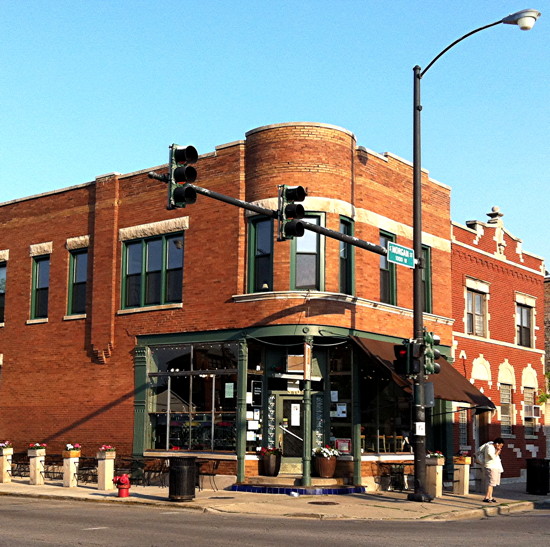 We heard a rumor that individuals in Hyde Park were less than enthusiastic about Bridgeport Coffee coming to the Hyde Park Art Center. The reasoning was supposedly due to Bridgeport’s reputation as a discriminatory neighborhood.

We feel the need to respond to this in a few different ways.

First, the Old Bridgeport that spawned several Chicago mayors is a very different place now — particularly on the west side of Halsted, from which Bridgeport Coffee hails. New Bridgeport is one of the most ethnically diverse neighborhoods in the city of Chicago. Bridgeport is filled with people from every walk of life: artists, cops, teachers, students, office workers, plumbers, professionals, musicians, salespeople, and hopefully more baristas.

Bridgeport Coffee is proud to have played a role in the transition to New Bridgeport. We opened at the corner of 31st & Morgan in 2004 — before Maria’s and Pleasant House, two neighbors who have helped us anchor the community in a whole new way. Our three ventures have invited a new swath of humanity to Bridgeport because of the exciting culinary and beverage possibilities we collectively brought to this neighborhood.

Second, according to the 2010 US Census, Hyde Park (46.7%) is whiter than Bridgeport (35.1%). With nearly two-thirds of our population identifying as non-white, Bridgeport’s past history of discrimination has little to do with the character or the composition of New Bridgeport — which is truly multicultural. Se Habla Mandarin!

Third, it’s a logical fallacy to dislike a coffee because of the history of the region where its producer was founded. That would be like saying Georgia peaches or Virginia hams are no good because they were on the wrong side of the Civil War.

We’re not saying Bridgeport, as a neighborhood, is by any means perfect. But we having been moving in the right direction for at least a decade, and we look forward with eagerness and pride to the next decades.

As Edmar says, “Bridgeport is the Community of the Future.” We agree, and we’re here to help make it happen.